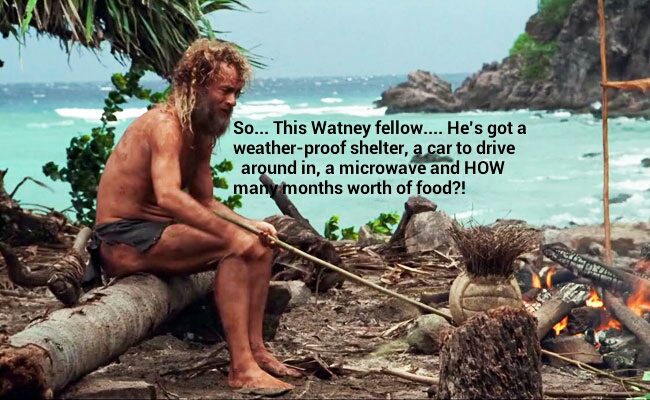 It seems to me, in order to safely conform to public opinion, that if you like one thing, then that becomes a blanket rule to all that falls under it. I’m about to completely disagree with that.

If you mention science fiction to someone as a genre, you typically end up on a discussion about ‘Star Trek’ Vs ‘Star Wars’, ‘Alien’ Vs ‘Aliens’ and how ‘Blade Runner’ is just the best thing ever and “oh my God, it’s like to films what God is to people’.

It’s highly possible, and this is what people often seem to miss, that one can enjoy sci-fi, but still find ‘Trek’ a bit wishy-washy, ‘Wars’ a bit juvenile, ‘Alien’ a bit vague, ‘Aliens’ a bit shooty and ‘Blade Runner’ a tedious slog of a film that is vastly over-rated.

Interesting that two of those examples I gave just happen to share a director with a recent Tivo recording I set going to make my Sky Movies subscription not feel like a total waste of money. And it was while watching the film ‘The Martian’ that I got wondering about this infatuation people have for Ridley Scott.

The guy clearly knows his way around a film set. I’m not disputing that. But it seems as if just the name is enough to propel a film from being some hokey, little yarn into a mega-million-blockbuster-epic without him even doing anything.

While there’s only so much a director can work with – after all, he is delivered a script and has to make ‘that’ film – he still has the ability and flexibility to direct the film in a manner of his choosing, to edit out the bits he’s not keen on and to take a few liberties to make improvements to help build his vision of the film he has been tasked to make.

So it’s interesting to note that the films he’s involved in just seem to lack anything that defines him as an artist. ‘Alien’ was a good film in so far as being a 70’s monster-horror picture, but seemed a little bit confused by itself. Grand sets, and big expectations with a solid cast, but it seemed a bit wasted and felt like they could have been used better than they were.

Don’t even get me started on ‘Blade Runner’. Why is this such a holy grail for film enthusiasts? It’s flat, stretched out, dull and creaks like a film much older and worn out than it actually is. Maybe I watched it having heard all the hype and was expecting the impossible, but it felt a lot like ‘Blair-Witch-Syndrome’ where the films success is purely down to the hype and not the actual content.

‘Martian’, at least, feels like more of a story than ‘Blade Runner’ and less showy-without-knowing-why than ‘Alien’. It’s all a bit silly and completely ignored that annoying little thing called real-world-physics, but at least it’s mildly entertaining for a couple of hours.

You can thank Mrs Roy for the Spudnik moniker that heads this piece. Chosen due to the ridiculously potato-centric nature of the stranded astronauts existence. Potatoes, eh? One moment there’s a famine, the next, there’s a year and a half supply of them being stockpiled on other planets.

Again, I fail to see anything in it that says “Hey, Ridley Scott was here,” and instead we get quite an ordinary looking film, the end result probably achievable from any of the same directors who did the episodes of ‘Friends’.

Where ‘Martian’ really fails, is in it’s ability to be honest with itself. I understand that it was reclassified from a drama to a comedy in order to put it up against less-likely-to-win-awards titles in a year that would have seen it up against some stiff competition otherwise.

This is not a comedy film. Not even close. It makes a few passing light-hearted comments, but if we’re going to go down that route, then what about that fantastic children’s film ‘Saw’ with the little clown puppet on the bicycle and all those highly educational puzzles and games? No? Point made?

Once you put aside all the stupid impossible stuff that came from the original source material (from a writer with as much knowledge of how the real-world works as Dan Brown does), you’re left with a simple survival story of a man on his own in an impossible environment.

If you want to see that story but done better, go watch ‘CastAway’. That was a film that was more thoughtfully made, better acted and carries far greater depth than this silly popcorn flick.

Also, it didn’t need to be reclassified as a sport documentary (for repeated scenes involving a branded volleyball) in order to be acknowledged as a good piece of work by those who decide these things.

Maybe I’m pressing this point a little hard, but it stands to reason that if the powers that be thought they had a legitimate, quality film to present as it is, they would have done. Instead, they acknowledged it for the generic and by-the-numbers nonsense that it is, and cheated.

The only way they could have bull-shitted more than this would be if it started with the words, “Based on a true story.”

A reason why you should watch it: Matt Damon’s naked bottom… If you’re that way inclined. Otherwise, a rare instance of a Sean Bean character who doesn’t get killed in some horrible, grisly manner.

A reason why you shouldn’t watch it: If you’re one of those people who point out errors/mistakes to the room, you’ll have a worn out voice by the end of the film.